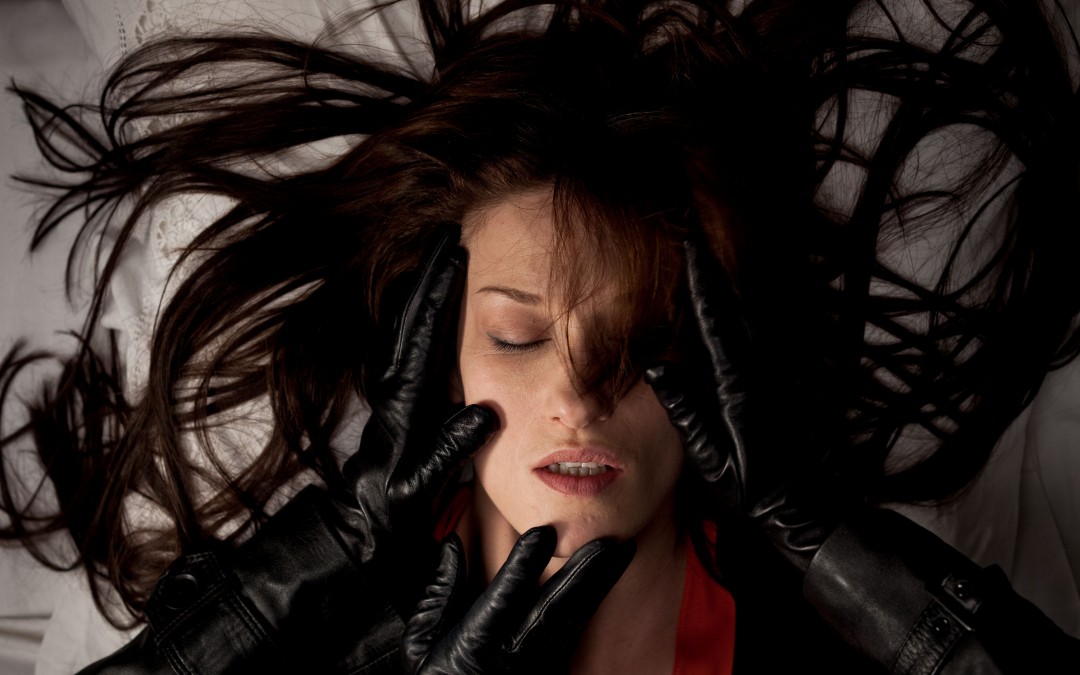 The directing duo of Helene Cattet and Bruno Forzani created quite a stir with the release of their debut feature, Amer, in 2009. A gorgeously rendered tribute to the giallo films they adore the film was a hit on the festival circuit and has left the duo’s fans anxiously waiting for more. We got at least a taste with their contribution to The ABCs of Death anthology, where they turned in the astounding O Is For Orgasm, but the real deal comes soon with the arrival of their second feature,The Strange Colour Of Your Body’s Tears.

The duo have this to say about the project:
The Strange  Colour is the story of a man who investigates the weird conditions of his wife’s disappearance. It’s a film which we (Hélène & Bruno) have worked on for nine years now. It is set in Brussels (where we live) which is particularly known for its Art Nouveau architecture. The film is still produced by the same producers as Amer – Eve Commenge and François Cognard – and the Flemish director / producer Koen Mortier (Ex-Drummer).